Scholarship Foundation awarded 103 college scholarships to 53 local students at its 52nd Annual Awards Ceremony, held at the Vero Beach High School's Performing Arts Center on May 18, 2017. This year's recipients will receive $738,500 in need-based financial aid over the next two, three or four years to attend 20 colleges and universities in nine states. Click for names and awards.

Parents, friends, alumni and donors gathered as scholarship sponsors and board members presented the awards. Linsday Nolan, a 2013 recipient of Scholarship Foundation's Herget Scholarship, gave the alumnus address, urging recipients to "take advantage of every opportunity that comes your way and never be afraid to step out of your comfort zone."

This year's scholarship packages range from $2,000 to $30,000 for the Richardson and Jaffe awards. Read more about the recipients of these highly competitive awards.

This year’s recipients were beneficiaries of four new awards created by sponsors who value the benefits of education for our hardworking students.

Sengupta Family Scholarship. Uptal and Monty Segupta’s children, Neil and Sreya, were Scholarship Foundation recipients in 2000 and 2006. Now successful professionals, the children along with their parents wanted to “give back” by setting up this family scholarship. Parents Uptal and Monty proudly presented the award to VBHS senior Sierra Corby who will study music at Florida State University.

Golden Grads Community Award. This scholarship was established for the Class of 2017 with proceeds from the VBHS Golden Grads' annual picnic. VBHS Golden Grads are a group of VBHS graduates who graduated more than 50 years ago. VBHS’s Maxwell Ern, who will attend Auburn, received this inaugural award. The Grads hope to continue their annual event, each year adding a new class as they reach the 50 year milestone.

Frances McIntosh Davies Memorial. This award was funded by gifts from friends and family to Scholarship Foundation in memory of Frances McIntosh Davies who died last year at the age of 97. SFIRC Board member Gaye Ludwig, Frances’ daughter, presented the award to VBHS’s Coral Morrow, who will study psychology at the University of North Carolina. Presenting the award, Gaye noted that her mother, who was not encouraged to go to college but had a lifelong appetite for learning, loving to travel and read the New York Times arts section daily, almost to her death. She would be pleased to think that gifts in her memory made it possible to help a student realize her college dreams.

Emily Gibbons Memorial. This award was funded with donations in memory of Emily, who passed away at the age of 38 on November 9, 2016. A 1997 Richardson Scholarship recipient, Emily graduated from UF in 2004 with a degree in elementary education. Her mother Patti, herself a former scholarship recipient and SFIRC board member, presented the award to IRCHS Senior Giovanna Mompremier who will attend UF. Patti also presented the Morris “Darby” Gibbons Memorial award in memory of Darby Gibbons, her husband and longtime SFIRC board member who died in 2009.

Join Us for these fall fundraising events! 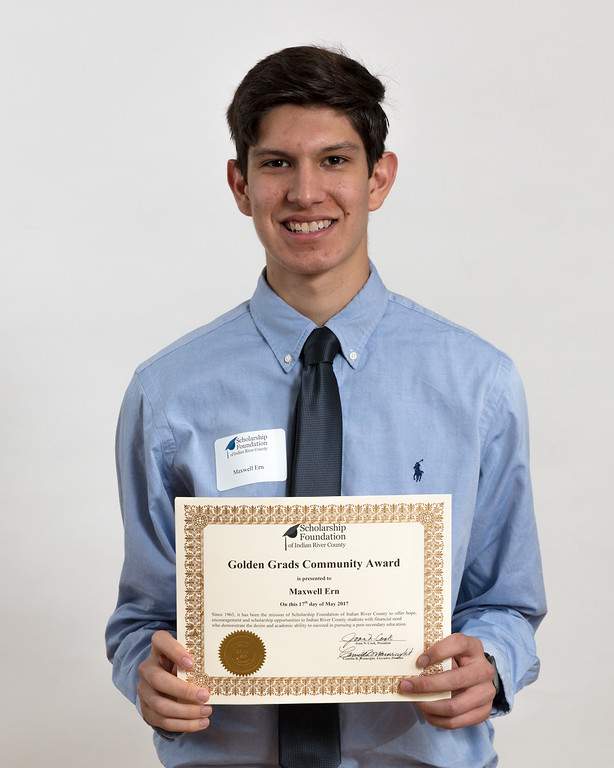 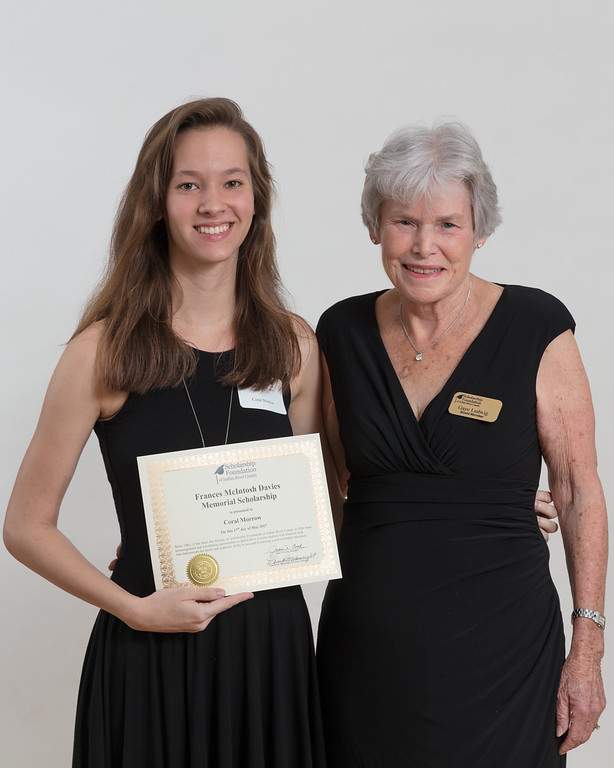 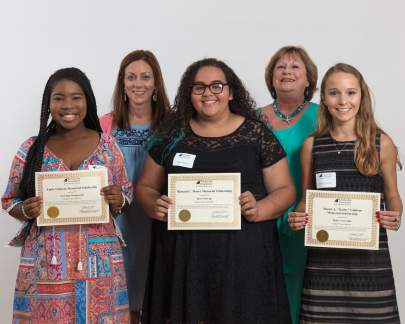 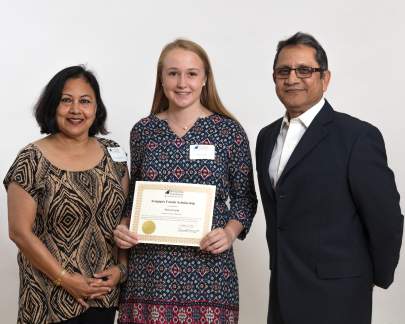